West Ham United
VS Not started

General
🏴󠁧󠁢󠁥󠁮󠁧󠁿 Ole on what he likes about Jadon Sancho right now

General
🏴󠁧󠁢󠁥󠁮󠁧󠁿 Ole on what he likes about Jadon Sancho right now 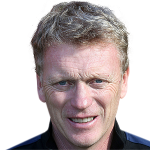 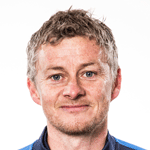 After handing Young Boys a last-gasp winner in midweek, Man United faces a trip to a ground where they've had more success of late. Ole Gunnar Solskjær's men came from behind to win at the London Stadium in 2020-21, and the absence of West Ham's suspended top scorer and talisman Michail Antonio could turn the tide in United's favour. It's also impossible to ignore the Red Devils' brilliance on the road. Cristiano Ronaldo was involved in six goals in his last four Premier League appearances for Man United against West Ham in his first spell in the competition (five goals, one assist). However, only against Chelsea (four) has the Portuguese ended on the losing side in the Premier League more than he has against the Hammers (three).
Winner 2  - Manchester United

Both teams to score Yes
Over/Under Over 3.5